An incredible journey with your friends. Dodge lasers. Lie and spot liars. Discover your inner spy.
get Tickets
watch video "A"
"Like a scene out of 'Mission Impossible.'”
am new york
“Among the best things to see and do in New York.“
Town & country
“Headquarters of our cultural fascination with the art of deception.“
THE NEW YORK TIMES

A unique adventure in NYC. SPYSCAPE is no ordinary museum. 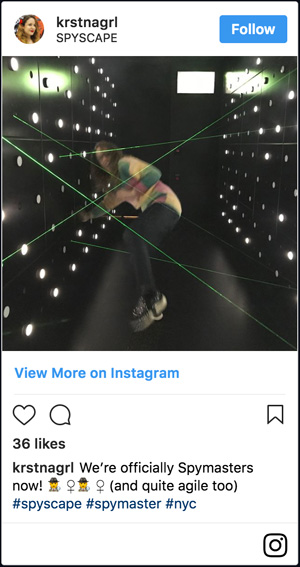 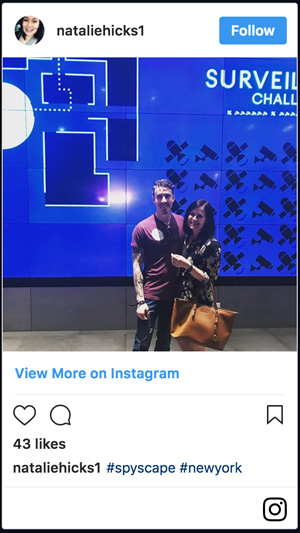 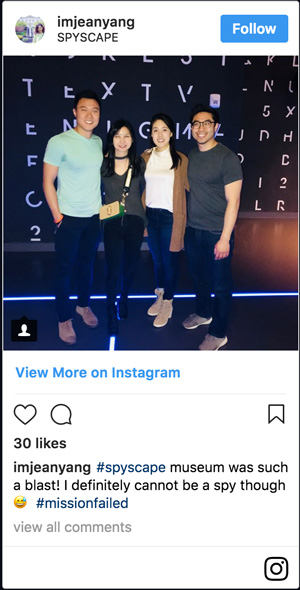 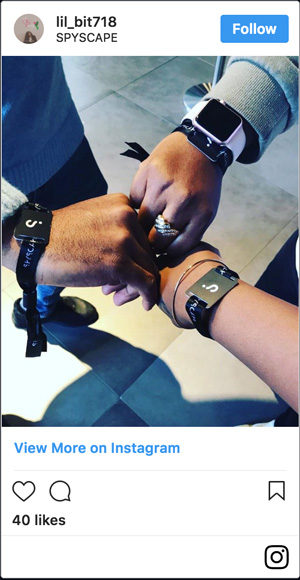 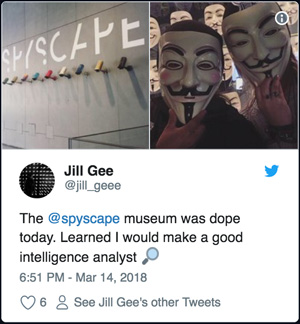 Real-life spy challenges around every corner.

Experience life as a spy — as you and your friends undertake real spy challenges, test your observation skills, and more.

SPYSCAPE is an immersive, social adventure. Learn about spying while you learn about yourself and your friends. 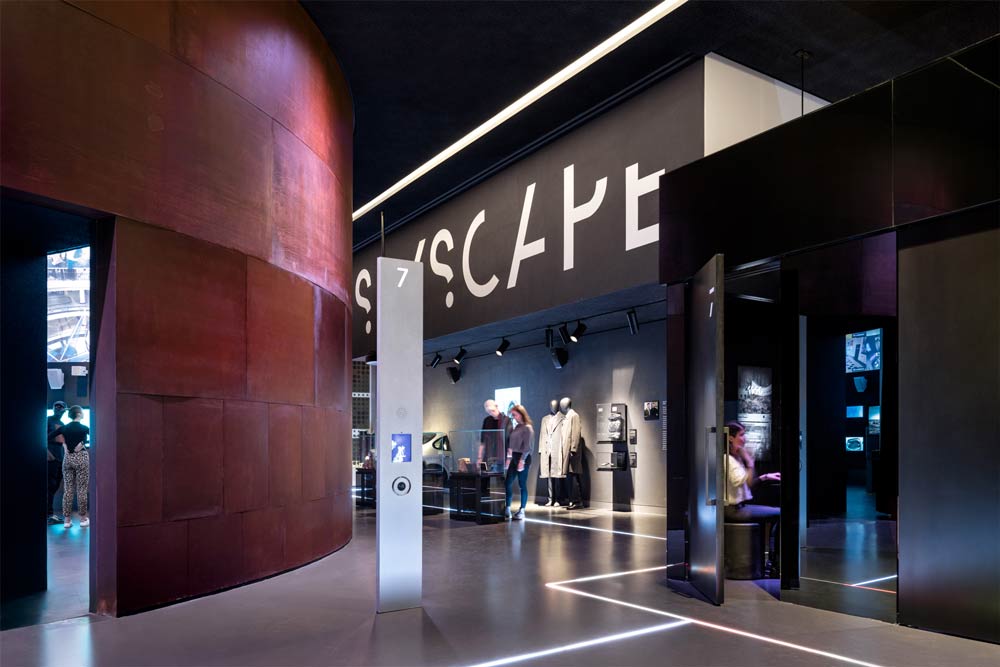 Meet the female cryptologist who saved thousands of lives during WWII

But her mathematical skills catapulted her to the role of cryptologist — working alongside Alan Turing.

Immortalized by Keira Knightley in the 2014 film The Imitation Game, Clarke was one of the few female code-breakers during this time.

Come face to face with the world’s greatest spies

Learn about the Pulitzer Prize winning reports by Laura Poitras and Glenn Greenwald that detailed the NSA surveillance programs.

Discover the story of Virginia Hall, an American spy who helped the Allies defeat Nazi Germany during World War II.

plan visit
"You can actually see how you’d measure up to 007."
NEW YORK POST
“Spyscape is the first of its kind. Full of world-class artifacts and spy challenges.”
URBANDADDY
“Consider this your spy audition.”
METRO
”Time to bring those James Bond fantasies to life.”
CURBED NY
"An intimate journey of personal spy-themed discovery."
TIME OUT magazine

These masks are signed by infamous members of Anonymous — revealing the identities of these global (yet secretive) icons. 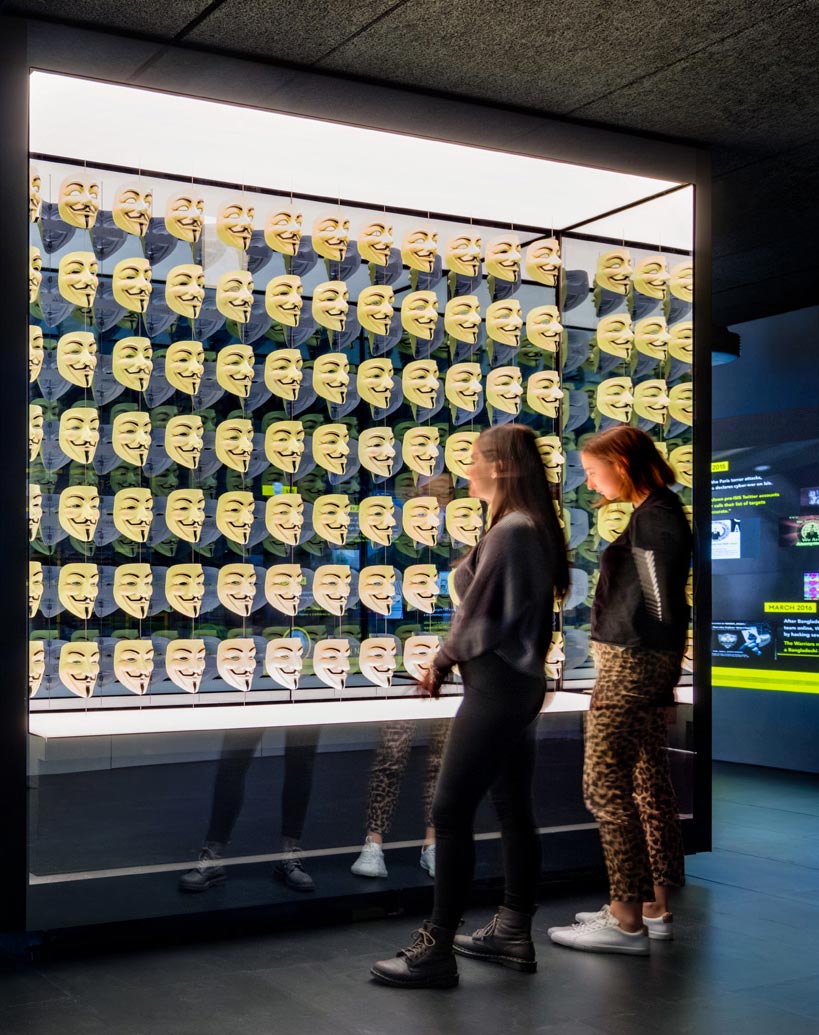 The most interactive museum experience on the planet.

Your journey through SPYSCAPE HQ takes you through the seven key aspects of espionage. We bring real spy skills and stories to life through exceptional characters, world-class artifacts, and multimedia storytelling.
Then, we test your spy skills.
Buy Tickets

What kind of sPy will you be?

You’ll find out at SPYSCAPE

Can you lead the brightest?

Bridge the gap between intelligence and government.

Are you stealthy enough?

Gather intelligence under the cloak of darkness.

Will you protect your nation?

Thwart enemy spies as a specialist in counterintelligence.

Can you crack codes?

Use your mathematical skills to make and break codes.

Are you smart enough?

Gain crucial insights from intelligence that can save the world.

Can you hack computers?

Break into enemy computers or protect your own from cyber attack.

Are you sharp enough?

Play a pivotal role in undercover operations, including setting up safe houses.

Have you got the nerve?

Could you turn people?

Through every exhibit, and with every spy challenge you experience, our state-of-the-art profiling system analyzes your museum journey to discover your inner spy.
At SPYSCAPE, you don’t just experience the world of espionage. You discover yourself.
plan visit
watch video "B"